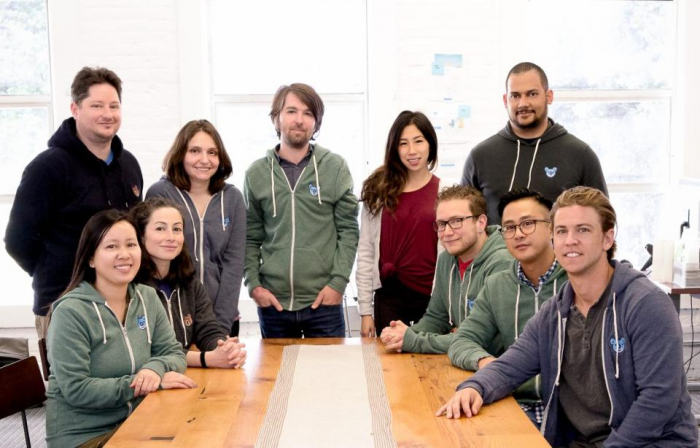 When job seekers apply for an opening, it can be hard to get up-to-date interview tips and reliable insights into what it’s really like to work at a firm, especially when reviews on social media or job sites can feature disgruntled former employees or current workers who might only volunteer part of the picture.

This information gap is what the three-year-old startup BetterCompany aims to fill with its new app, BetterCompany Interview, which launched broadly on Tuesday. The app, which features whimsical, animal- and nature-themed graphics (the BetterCompany logo is a koala), intends to place job seekers in a friendly, anonymous Q&A forum with current employees to let candidates ask everything from dos and don’ts in the interview process to why people stick around the firm. To promote honesty and encourage questions that might not feel appropriate to bring up in-person, both the identities of job seekers and employees are anonymous on the app, which is available on desktop and on Android and iOS devices.

“We are focused on helping others be helpful to others through the veil of anonymity,” said BetterCompany founder and CEO Tom Williams in an interview. Williams described the app as a trust-building tool that acts as an applicant’s “supportive friend.”

“Anonymity can easily blow up,” Williams added. “We know how to harness the force of anonymity for good without being destructive.”

Employees, which BetterCompany calls “employee advocates,” are approved to be on the service by their companies and are identified with only their firm name. Job candidates must be invited to join the forum by a company’s recruiters. A candidate, for example, could receive an emailed link to join the platform before a phone screener or an in-person interview. Candidates can then browse any Q&A within that forum and pose questions. Meanwhile, the hosting company members -- whether the CEO or a junior employee --can read any anonymous exchange within their forum, answer questions, endorse other employees’ responses and contribute to an anonymous FAQ about the company's culture. Both candidates and employees are given approachable animal avatars in the app, like a platypus or a bear, which is intended to promote empathy and shift attention toward what people are saying instead of to their rank or title, the company said.

For now, BetterCompany is charging a nominal, flat annual fee for the service, said Williams. However, companies can apply to try Interview in a free trial. BetterCompany Interview brought on its first paying customer in September and boasts Coupa, the cloud-based software company that went public last year, and Evernote as clients. Biogen is in the process of rolling out the service broadly, and about 20 companies have tried Interview so far. The app competes with sites like Glassdoor and LinkedIn, which both offer features to help job seekers learn about a company before they decide to work there or apply. Glassdoor was most recently valued by investors at about $860 million in June, according to Pitchbook, and LinkedIn was acquired by Microsoft last year for about $26 billion.

“Other companies have tried to scare employers into anonymity,” said Williams. “We want to inspire. Employees suffer when they have the wrong colleagues.”

Williams, a serial entrepreneur, founded BetterCompany in 2014, and launched the startup’s first app, a career advice app in the summer of 2015. San Francisco-based BetterCompany now has about a dozen employees and has raised about $7.8 million in fundraising to date from investors such as BlueRun Ventures, KEC Ventures, Eniac Ventures, Adam Nash, Cervin Ventures, Greylock Partners and James Patterson, most recently raising a $6 million Series A in May 2015.

Williams encourages companies to include a wide range of employees in their Interview forum, from sales specialists to data scientists, leaving interactions with recruiters to happen outside of the app. That said, to ensure conversations are appropriate and that companies feel comfortable participating, some items are off limits, such as salary, profanity and proprietary technology or information. All posts are moderated by BetterCompany, which also runs scheduled follow ups to ensure a firm's replies are accurate.

“We let people express themselves, but want them to do so thoughtfully, honestly and constructively,” said Williams.

The startup is betting that open and honest conversations help both the job seeker and the employer. Candidates can get clear, accurate information to determine if the company is the right fit, which helps them make better career choices. This in turn improves their job satisfaction, giving employers happier work cultures and less new hire attrition, which can cost companies millions of dollars per year.

“Picking well is a two way street and each party needs to get it right,” Kenneth DiPietro, vice president of human resources at Biogen, said in a statement. “We want our candidates to really understand our culture so that they can make an informed decision as to whether Biogen is the right place for them. The BetterCompany Interview is a unique and easy to use service that leverages our most engaged employees to help answer the questions of most importance to our candidates."

Williams noted that allowing a candidate to interact directly with current employees helps the candidate trust that the company truly practices the culture it projects, while also giving companies another way to build their brand and participate in discussion, instead of leaving candidates to rely on public job forums and social media, which may or may not offer a full or accurate picture of the workplace. The app can also make recruitment processes more efficient by giving a group of employees the chance to quickly answer candidates’ questions, instead of bogging down recruiters or a few employees involved in the hiring process.

"BetterCompany Interview has allowed us to harness the voices of our engaged employees to help us tell the story of working at Evernote,” Evernote CEO Chris O’Neil said in a statement. “Candidates love the transparent and authentic nature of the platform and the opportunity to ask about anything on their minds."

Williams noted that the app can be a valuable tool for CEOs to better understand the work experience of current employees.

“CEOs and genuine leaders are starving for honesty from their teams all the time,” said Williams. “It’s not that those teams are being deceptive, but there is self- censorship that takes place.”

While for now, BetterCompany is focused on expanding BetterCompany Interview, down the line the startup will likely build other tools that help companies have better insight into their culture, workplace and products, Williams said.

“If employees don’t like the working environment they will leave,” said Williams. “The dynamic of employer--employee has shifted. Employees are making choices in the same way as any consumer decision.”

Long-term, BetterCompany said its broad mission is to help people make the best career decisions through more consistent, honest communication, which ultimately builds stronger companies. Williams said he could imagine a series of products rooted in “helpfulness and anonymity” that help people find more happiness and success in their careers and in life.

“As much as we care about the knowledge worker, I care about the steelworker whose concern is not which of six companies will hire me, but how do I get hired period,” Williams said. “Work occupies our waking hours for the better part of our lives. We want to help every person become more empowered in choosing the work they want to do.”